The evolution for “Industry” began when Cody Taylor and Harlan Scott first met while waiting tables in college. Cody and Harlan both separately moved to Austin and remained friends while both achieving great success in and becoming fixtures of the hospitality Industry. They opened Industry as a tribute to the service industry culture that came to define them and their values and to create a spot that was more of a community space than just a restaurant. Industry is best known for its 100% scratch menu with many healthy options, fair prices, casual yet thoughtful atmosphere, and being a spot for everyone, families, professionals and everyone in between. Harlan and Cody opened Industry’s first location in San Marcos where Cody went to school and now lives, and now back to the eastside of Austin for Industry’s second location, Harlan’s neighborhood. 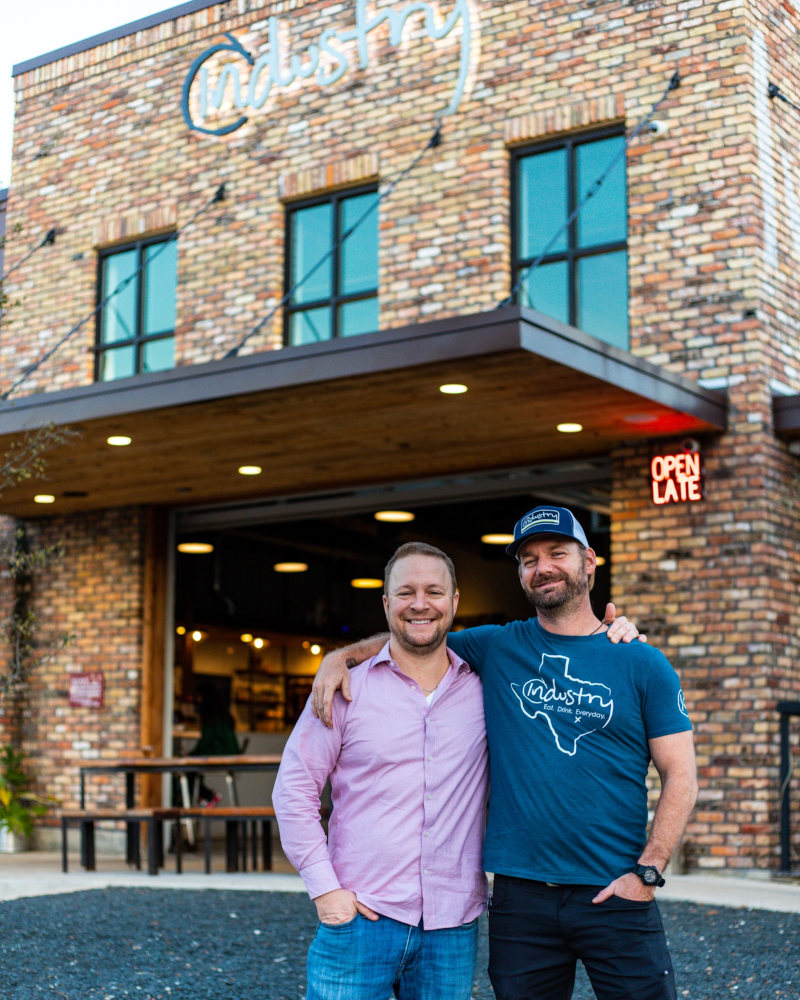 Cody has dedicated almost his whole life to honing in his craft as a restaurateur. He started his career at 13 pushing a bus cart around a hometown eatery and has worked every station in the business on his way to ownership. He owned and operated the beloved Café Josie in downtown Austin, and now Industry and Valentino’s restaurants in San Marcos. His philosophy for success is simple: take care of your people and they will take care of you. Cody found his passion early on in his life and has pursued his restaurant dreams ever since. He is now a proud father and husband to his beautiful wife Hilary and their son Teddy Ray.